Home Motherboards CPU Fan Error What is it? Its Causes, How Does It Appears... 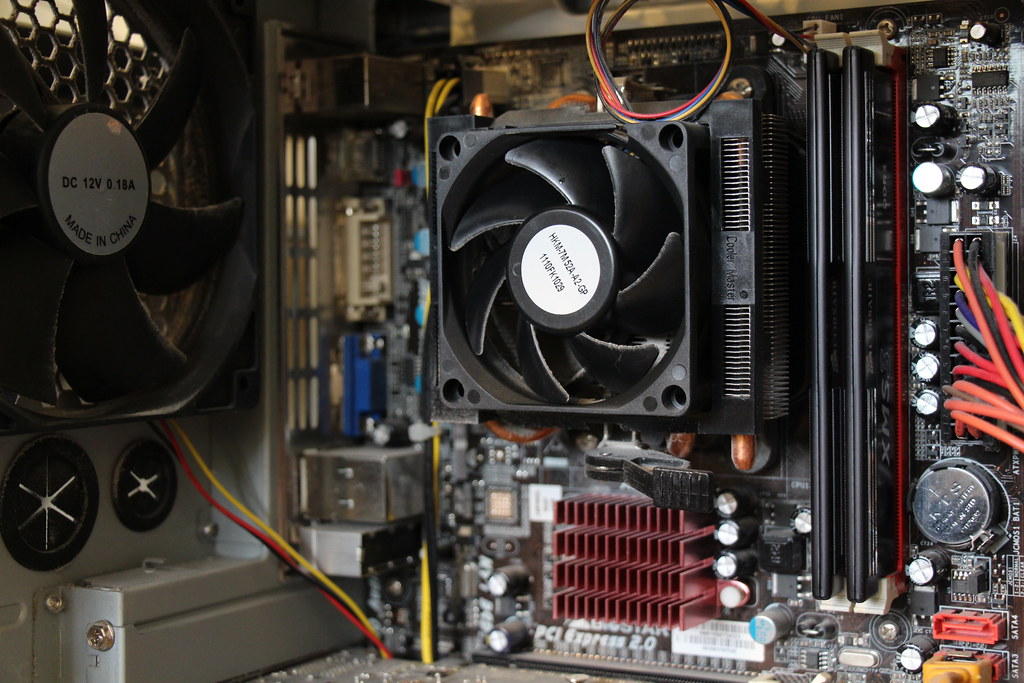 A CPU fan is a small device that plays an essential role in the working of your system. If you have a computer or a laptop, then it is more likely that your PC has a CPU fan, as, without the CPU fan, your PC would not be able to work. The CPU fan is an integral part of any computer system as it works as a heat sink. It takes away the heat from the Central Processing Unit (CPU) of your computer and makes sure that the temperature within the CPU remains normal, which is around 60 degrees centigrade.

What is CPU fan error?

CPU Fan error is a laptop/desktop/netbook hardware error where the cooling fan has stopped working. It can be caused by dust contamination or any failure with the fan itself. Fan not spinning issue usually appears during booting, while windows start to load before you see even BIOS screen. You may notice that your computer is getting warm very fast, CPU temp goes over 90C, and then your pc/laptop shuts down abruptly without any warning messages.

If you get this type of error, you should immediately turn off the computer and disassemble it to check if anything is blocking or slowing down the CPU fan from rotating or moving air inside your laptop. Usually, when the motherboard detects the “fan not spinning” error, it disables the CPU, and overheat protection kicks in. Your computer will shut down to prevent overheating and permanent damage to itself.

How does the CPU Fan error appears?

Cause of CPU fan failure

Any of the following may cause a CPU Fan error:

A failing power supply may have trouble supplying enough current to one or more components, and it may be producing “dirty” (modulated) or noisy (spike-producing) power that causes instabilities on the motherboard, which can lead to frequent CPU Fan errors as well as other kinds of crashes and glitches.

Thermal pastes or pads worn away or pushed out of place by heat-sink mounting pressure – use new thermal paste/pads if necessary, only in thin layers to avoid creating air bubbles. If you need to apply extra pressure when mounting your heat-sink due to excessive heating even with new paste/pads, then the paste/pad was improperly applied to begin with. Otherwise, there are other problems such as an inadequate cooler or thermal ceiling for the CPU involved.

How to get rid of CPU fan error?

CPU fan is part of the computer’s cooling system. It serves to reduce the temperature inside your computer, ensuring its smooth and continuous operation for a long time. However, it can be pretty annoying when you begin to receive CPU fan error messages? If this happens with your PC or laptop, check out if these following tricks help:

You might not know, but an overloaded power supply could be causing PSU fan error. Specifically, an insufficient power supply does not have enough sockets for all hardware components to connect to its bus. In turn, this will overload the PSU as it cannot handle all those devices at once without tripping over itself.

To solve this problem, first, disconnect everything from your motherboard except for the CPU & GPU, and power them with a single 8-pin and 6-pin cable (respectively). If the PSU fan error is still there after powering up your computer, this means you need to buy another power supply unit.

Computers usually accumulate dirt over time. This includes dust, hair, or even pet fur (especially during summer when we open windows for fresh air). While this might not seem like such a big deal, it affects the performance of your computer in several ways:

How can you fix this? Please turn off your computer and open up the case, then use compressed air to clean it. If the problem persists, go for more detailed cleaning with cotton buds or even toothpicks.

The fan sensor tells your motherboard when to power on/off system fans it tells your motherboard when to enable cooling at all! However, just like any other part of your computer, these sensors are not immune to hardware malfunctions causing CPU fan errors in Windows 10/8/7. To solve this problem, you simply need to replace the defective fan sensor with a new one – if possible, in combination with #2 to make sure that ALL fans are working correctly.

If you’ve not made any hardware changes to your computer, the fan error might be due to incorrect BIOS settings for your motherboard. Specifically, if some of these options are set incorrectly:

5. Make Sure You Have Enough Memory

Last but not least, if you’ve added more memory sticks to your computer recently, this might also be the cause of CPU fan error. However, make sure that these are compatible with your motherboard chip-set (e.g., DDR3) and connected correctly via the correct slots. If you’re using dual-channel architecture, each stick needs to be inserted into different memory banks. Otherwise, they will act as though they were one memory unit causing fatal errors like blue screen of death.

What Are Motherboard Front Panel Connectors? Everything You Need To Know