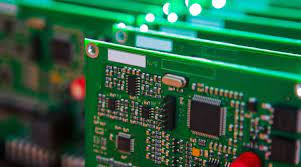 Have you ever thought about what happens to your pcb when it is sent for final manufacturing? And do you know what exact pcb processes happen in the manufacturing industry?

Placement Of Solder Paste And Components

The first step is to paste solder to the base of your pcb, then place various electrical components on top of the solder paste-covered base. Solder is often taken in the form of grains that are blended with flux to produce a fine paste. Furthermore, multiple stencils are used to ensure that the paste is only applied to the parts that have been specified.

Component placing is done via a robotic technique i.e pick and place to ensure placing components at marked locations on the base of the pcb, this step can be performed either automatically or manually depending on the ease of the manufacturer.

After applying the paste and attaching the electrical components, the next step is to solidify the paste by placing the pcb base in a reflow oven set to 550 degrees Fahrenheit. The paste is removed from the oven as it melts and is solidified by subjecting it to a cooling unit.

After the electronic components have solidified, the next step is to test their functionality. This phase is critical as it helps in the identification of damaged electronic components and incorrect connections. The pcb is inspected manually or by X-ray and automated optical techniques by the manufacturers.

Mostly, your pcb needs simultaneous insertion of through-hole, which is accomplished through manual soldering or sometimes by using waves. After this, the final stage comes that involves a final and thorough inspection of the mounted electronic components followed by cleaning.

The pcb is checked for its potential by using varying voltages and currents. When the pcb stands out in this final stage, it is further moved towards the cleaning stage. In this stage, pcb is washed using deionized water, after which it is dried in compressed air and then packed. Your pcb is now ready!

The pcb assembly is now a significant process in the manufacturing of electronic devices as you already know that the pcb is the core of all the electronic devices out there, your entire electrical network depends upon the pcb so, having a professional do this for you is a whole need.

After knowing all the essential steps involved in the manufacturing of pcb, now it is not a difficult thing to look for a professional and get a customized pcb according to your needs.

One Side Of Headphones Not Working: What Are The Causes And What to Do?

What Is Cooling Fan? Its Types And Top 10 Best Methods About How to Clean Laptop Fan?